The industry allows a faction to manufacture new modules and units such as troops, bases or ships.

There are three levels of development: 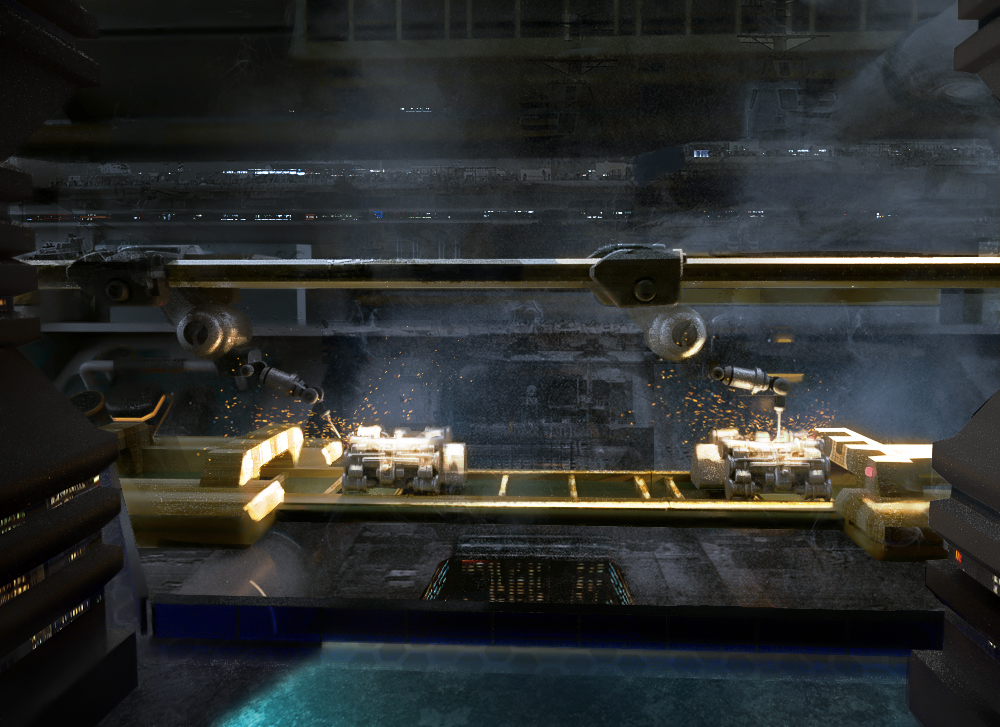 Modules can be produced in the assembly plants. They will be available to manufacture all those whose technology we know. There is a production queue that will be automatically managed. To add elements to the queue you have the necessary resources to manufacture the module.

It is possible to construct several units of an element. This increases the time of production. The cancellation of production of a queued item or production, returns only part of the resources.

If there is not enough capacity in the base store, the item is paused at the end of production and has to be released manually.

An assembly plant can be specialized to produce one single type of module. In exchange, it gets a higher production bonus. 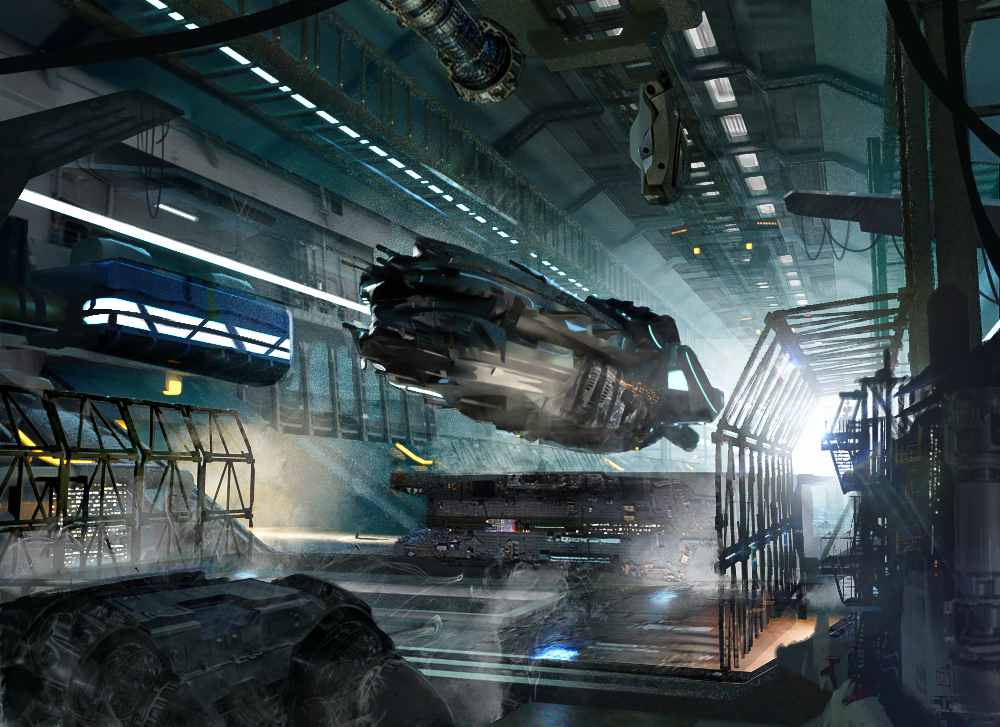 The construction of a ship consists on installing modules on a chassis. Neither the chassis nor the modules technology have to be known for their manufacture, it is enough that they are available in the base. The manufacture assembles a design of ship previously created.

In addition to the corresponding modules, the manufacture requires a number of reservists determined by the model of the craft.

An space shipyard can be specialized to produce one single type of ship model. In exchange, it gets a higher production bonus.

Barracks can be produced troops from a series of resources and modules (those that will equip) and 500 reservists. This will create a new battalion.

To create new bases we need to construct a module of 'Base Core' . We will use a planetary or spatial core depending on the type of base we want.

The construction process takes several hours. Once the order has been completed, you will receive a baseline construction report.

Tips for building a new base

When you start the wonderful company of colonizing other planets you have to take many things into account:

Mining is the system by which resources are extracted from the celestial bodies. The industrial base of the game is based on planetary resources. It is possible to get them through the Stellar Trading Network, through missions or trading with other players, but generally all players will extract most of their resources.

Mining can be done by:

Gathering resources from a telluric planet

It takes a planetary base to install a planetary mine. Production can be changed on the base screen.

Gathering resources from a Jovian planet

An orbital space station is required to install an atmospheric processor. Jovian planets do not have all kinds of resources. Generally they are very rich in inert gases and water.

Gathering resources from an asteroid field

It is necessary that a fleet has at least one ship that equips an asteroid mine. The extraction is done by means of a Order Mining.