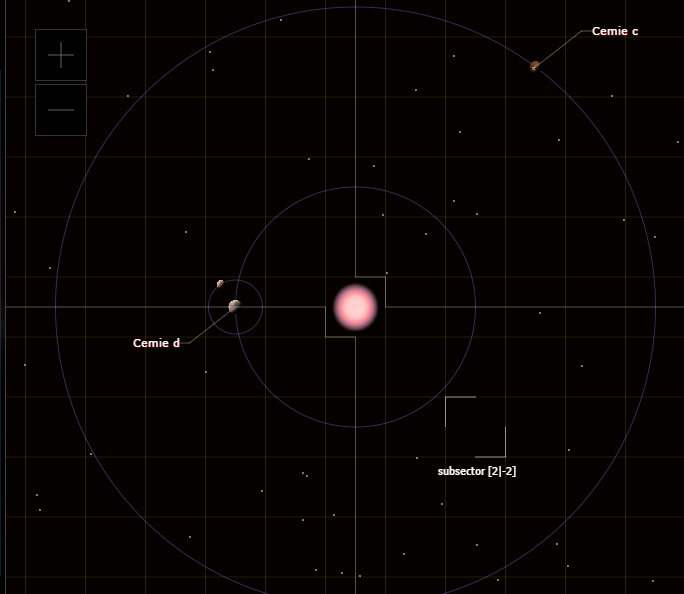 A planetary system is formed by a star and several objects as planets and asteroid fields that orbit it. A system is divided into zones called subsectors that have an approximate size of an astronomical unit (AU). In the central subsector (coordinates [0: 0]) is the star.

The astronomical objects that can be found within a planetary system are: 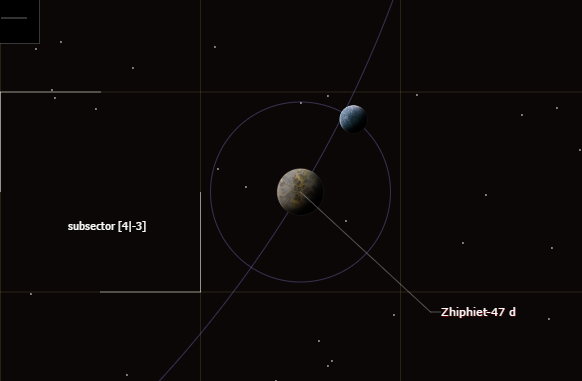 A subsector is a square region of about 1AU (Astronomical Unit) on the side that divides the area of ​​a planetary system.

A subsector may contain one or more astronomical objects and an infinity of bases or fleets. The subsector [0: 0] of a system always contains its star. Other subsectors may contain a planet and its moons, or an asteroid field. It must be taken into account that a subsector is a vast region, so a fleet can find infinity of places to hide or a space station has many places to register. Two objects in the same subsector do not have to be known.

Any subsector beyond 40AU away from the star is considered "outer system", the inner zone is the heliosphere. You can not build bases on the outside of the system, and any fleet that reaches it by hyperspace jump will always reach a point on the border.

A space storm is a system event that causes an alteration in the temporal space tissue. The hyperspatial jump is affected by this fact and can cause the fleets to cancel a jump.

Space storms have a category that has a magnitude between 1 and 10. Each level of magnitude increases by 10% the odds of cancelling a hyperspace jump. Also, shipments could be delayed if they find a space storm on their way to destination.